Posted by Manisha Sharma on Thursday, 02 January 2014 in Blog 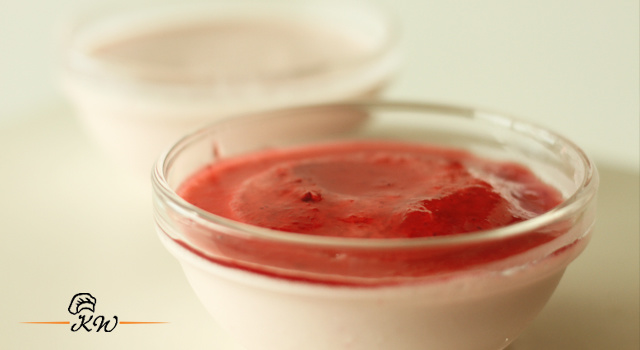 This is the easiest dessert recipe I have ever posted. Just 10 minutes and it’s ready. The only effort involved is setting the ingredients on your counter. This recipe is a perfect example of creating something on the back of a technique learnt well. If I hadn’t understood how to work with gelatin, this dessert would not have come about at all.

I had some strawberry crush and vanilla ice cream in my refrigerator. So I thought why not try making a quick mousse out of it. In my first few attempts the mousses came out very rubbery and the texture was not great, but by the third or the fourth round, it was bang on. After a few trials and adjusting the amount of gelatin, I got perfect, fluffy mousse with visible aeration bubbles when I spooned it out. For the recipe, scroll down to end of the post. 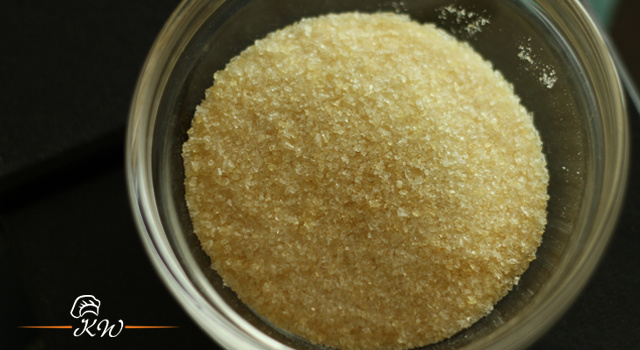 So, first, what is gelatin?

Gelatin is made from animal by-products and used to set liquids in desserts like panna cotta, mousse, jellies made from fruit juices, unbaked cheesecake, to name a few. Its vegetarian option is called agar-agar or China Grass. If you learn how to work with gelatin, it opens up a world of sophisticated desserts that turn out to be quite simple.

How to use gelatin?

Sprinkle gelatin powder over cold water and let it stand for 5 minutes unstirred.

As a rule, for 2.5 tsp of gelatin, use 3 Tbsp of cold water or go by the instructions in the recipe. After 5 to 10 minutes, the gelatin powder will melt into a gel-like state. Add this to the warm dessert mixture. To prevent lumps from forming, it is important that the temperature of the water-gelatin mixture and the liquid it is going into is the same. Heat gently over a double boiler till the gelatin dissolves. Heating gelatin for too long will make it lose its effectiveness.

The gelatin to liquid ratio determines how firmly it will set

About 2 1/2 tsp of gelatin can set 2 cups of liquid firmly. If the same amount of gelatin is used for 3 cups then it will set softly, into a more creamy form. Remember, softly set gelatin will be more difficult to remove from its mould. So if you want to un-mould your dessert, it's better to add more gelatin.

Gelatin desserts take a minimum of 4 hours to a maximum of 24 hours to set, so plan accordingly.

Some fruits keep gelatin from setting

Certain fruits like pineapple and kiwis, and ginger can prevent gelatin from setting due to the presence of certain enzymes. If the recipe still calls for such ingredients, first cooked the fruit completely to destroy these enzymes.

Now for the super simple, super quick recipe that even a newbie can pull off. The 10-minute Strawberry Mousse (click here). Merry Christmas and a Happy New Year!