Posted by Manisha Sharma on Friday, 15 November 2013 in Events

Chef Vikas Khanna was in Mumbai to launch Young Chefs, a recipe book for children, on 14th November or Children's Day, which also happened to be his birthday.

Published by DK India and promoted by Penguin India, the illustration-heavy book, said Khanna, is specifically designed so that children can learn to get inventive with ingredients they find at home.

Chef Khanna has attained nationwide fame ever since he began hosting MasterChef India. At the event, he said he was pleasantly surprised to see so many children - not to mention a considerable group of besotted young girls and mothers - who had come to the book launch at Crossword, Kemps Corner, just to meet him. 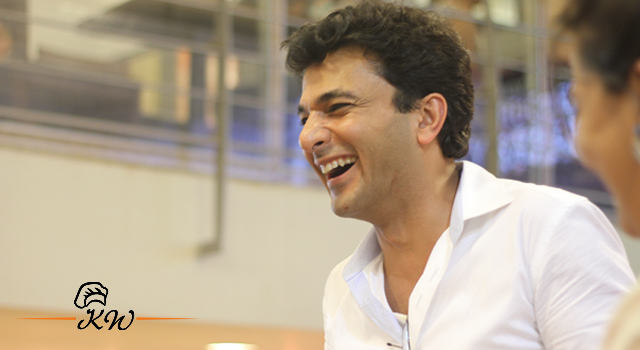 It was obvious this book is close to the Michelin Starred chef's heart. "It’s me in this book. My heart and soul is in it. This is a pure book of love," said Chef Khanna before unveiling the book.

Khanna added that although there are TV shows about food aimed at children, a lot of it is aspirational. He wanted to write a book that a child would be able to relate to and get cracking on right away. "There is very little text and every recipe has been explained with pictures,” he said. 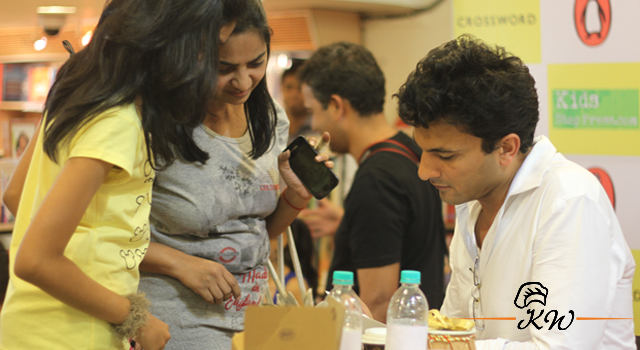 The chef's affable personality - topped with huge dollops of charm and a heart-warming Amritsari twang - was on display all through the event, as he ensured every child felt special, patiently giving autographs and posing for photos with his little fans.

Despite being a Michelin Starred chef, in his interview, Chef Khanna said good food should be judged by other parameters. “Food should give comfort; Michelin Stars or not, I don’t care.”

Watch the video above for glimpses from the launch and my exclusive interview with Chef Khanna at the event.